Featured image: Snowdrops, a most welcome mid-February sight as we were walking to St Ives.

I quote one sentence from the late John Betjeman in his 1964 Cornwall: A Shell Guide: “The old and beautiful Cornwall is now mostly to be found on foot or in a small car by those skilled in using the 1-inch ordnance survey map.”

On foot we are, supplemented by train, bus, rides with friends, sometimes taxi, but mostly on foot. The weather this week was mostly sunny and breezy. Signs of spring greet us everywhere. 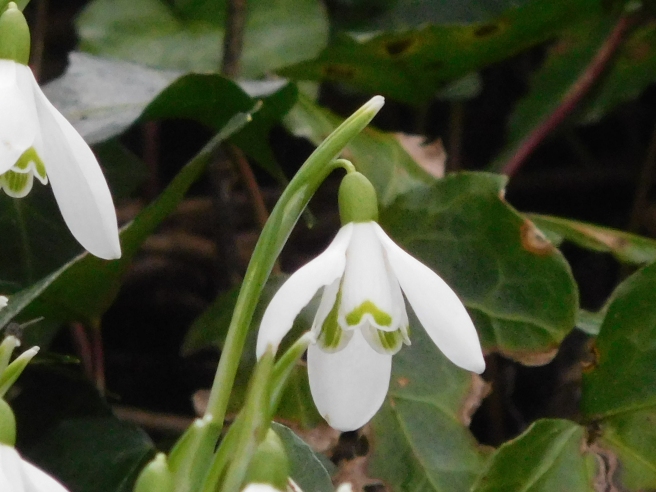 People in the UK drink 95 million cups of coffee a day–an increase of 25 million in the last 10 years. I read that stat in Tesco magazine,  related to a feature, “Cook with coffee.”

From an online source I read that the average Brit drinks 876 cups of tea a year. Judging by the comparative space allocated to tea on grocery shelves, the tradition of putting the kettle on endures.

Making a big deal out of which drinker dominates, coffee or tea lover, would only brew a tempest in a teapot. There’s nothing to be gained from such a trivial pursuit. I’m glad for both beverages–and the occasional hot chocolate, among a selection of adult beverages.

View from the train

For dinner on our first night we walked to Carbis Bay Hotel for fish and chips. The “happiest meal” came Tuesday at the Cornish Arms pub–fish pie.  Enough to take home. The fireplace added a cozy ambiance. When we first came to Carbis Bay for a longer term stay in 2008, the Cornish Arms was not serving evening meals in winter. We walked another mile into St Ives for dinner then. What a happy surprise this time, and tasty, too.

Wednesday included a walk around Truro, getting some provisions, and attending Evensong at Truro Cathedral. The music, scripture and prayers brought deep focus to the day.

The words of Psalm 62:3-4 from Evensong strike an insistent, startling, irrefutable note (New International Version here instead of the wonderfully evocative King James): “How long will you assault a man? Would all of you throw him down–this leaning wall, this tottering fence? They fully intend to topple him from his lofty place; they take delight in lies. With their mouths they bless, but in their hearts they curse.”

Two items in The Guardian (Tuesday 12 February) should give pause to all. The first is a short report, “Climate risks ‘similar to 2008 financial collapse.'” Jonathan Watts writes, “The gathering storm of human-caused threats to climate, nature and the economy pose a danger of systemic collapse comparable to the 2008 financial crisis, according to a new report that calls for urgent and radical reform to protect political and social systems.”

The study, by the Institute  for Public Policy Research, Watts writes, “says the combination of global warming, soil infertility, pollinator loss, chemical leaching and ocean acidification is creating a ‘new domain of risk’, which is hugely underestimated by policymakers even though it may pose the greatest threat in human history.”

I quote from a piece, Ecology, on the editorial page: “A silent global catastrophe is under way among the insects all other life needs.” The concluding paragraph: “Some governments have done necessary things. The EU has banned neonicotinoid pesticides. But the necessary change also relies on individual action. As individuals we must consume less in every way, which helps with climate change. We must also change our food habits. To eat less meat and more organic is not just piety. A little self-restraint in this generation will make all the difference to our grandchildren.”

The message hits home. Food for body, mind and spirit.

Blossoms in winter in south-west England 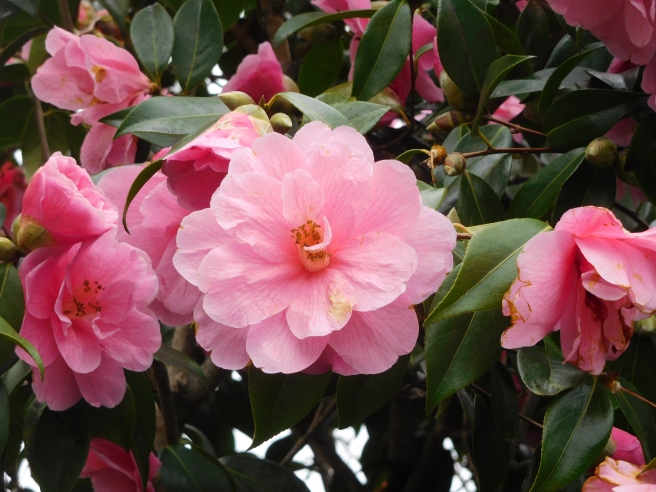 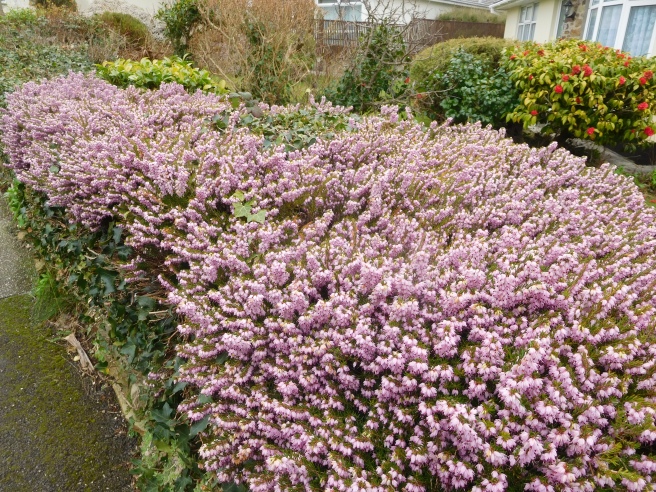 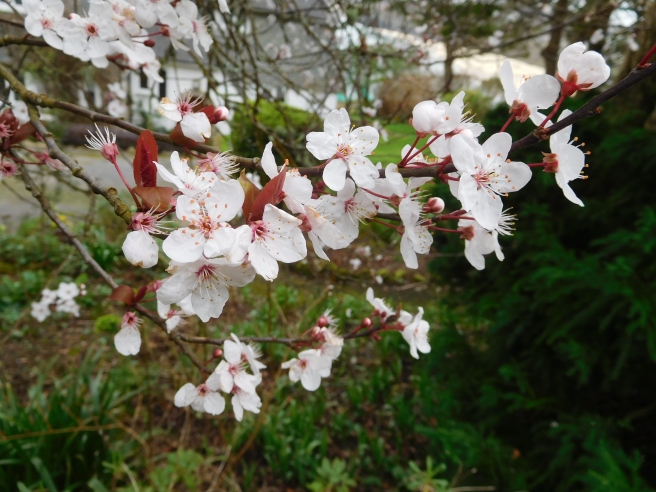 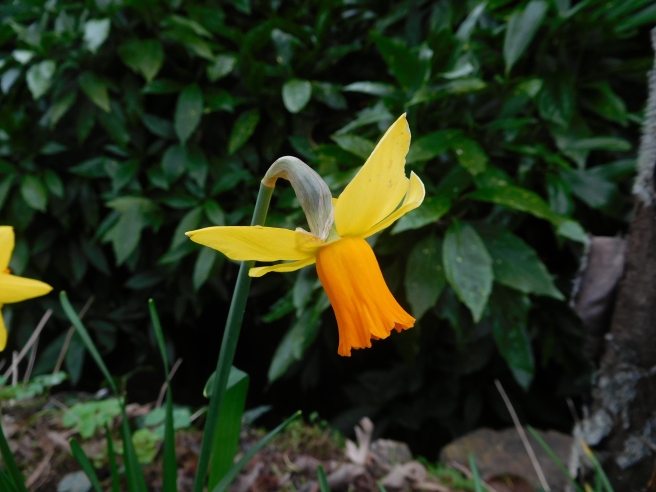 The week in brief

Walks are invigorating (in five days we’ve walked 30 miles). We’ve reconnected with a few people. Evensong always draws attention to the eternal and its application in the present. I picked up 17 books (Marty got only eight) at the St Ives Library which will be closed for a month for remodeling to include the Visitor Information Centre. These books are a welcome antidote to what some news-makers are cooking.

We’re pretty much settled in, arrived. 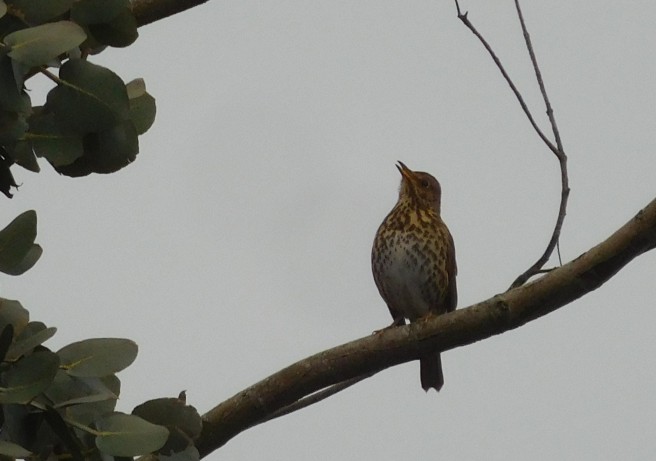