Cogitation 3.129 Saturday 20 January 2018   Home on the farm growing up we had an English hired hand whose capacity for drinking tea never ceased to amaze us youngsters.

Featured image: Snuggles, whose domain is sister-in-law Doris Mast’s home, knows her way around a lap, sunny spots, and contemplation of mysteries unknown. 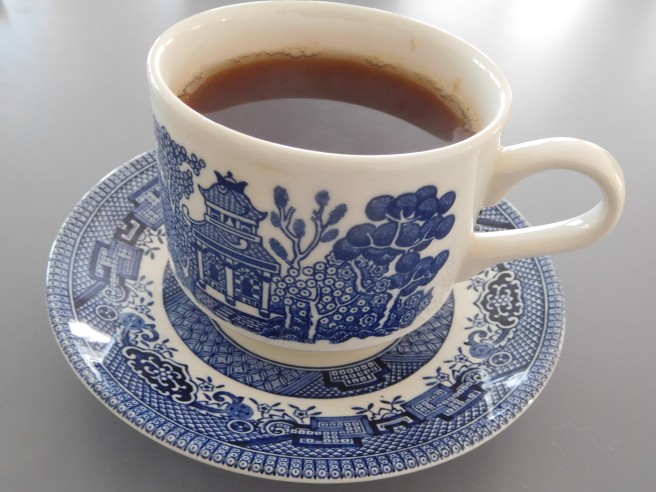 “Tea please,” Les (Lester) Bunage would ask at dinner in his distinctive Cockney accent. I believe Les was one of the many children sent abroad to Canada (and other British colonies) from 1869 to as recently as the 1960s. More than 100,000 “Home Children” were dispatched overseas from orphanages and the streets. Thankfully,  the government of Canada in 2011 enacted September 23 as British Home Child Day.

I do not know when and under what circumstances Les came to Canada. Somehow I’ve always thought of him as one of the Home Children. He was an adult when he came to live with us, He worked successively for a number of farm families in our area of southern Ontario.

Les worked slowly, but surely. His cares were few–a five-mile walk on Saturday nights to New Hamburg for dinner, a movie, the Sunday Star, and his week’s supply of cigarettes. In retirement Les found his way to Florida for a winter vacation.

Les stopped smoking one time while recovering from a farm accident. He later lit up again, telling us, “I luve ’em too much.”

Les wanted nothing to do with his relatives, sketchy as that contact was. Only once am I aware that any of his family visited him, thinking he had money. They left after less than an hour when they found out he had little money. He had a government pension, that was basically it.

Les made fine choices in the Christmas presents he gave my parents and us six siblings. These included toys, clothing, and books. I still remember with fondness a book he gave me, Aesop’s Fables. He attended the nearby Bethel United Church of Canada. On Sundays when we got home from church we’d race to get the funnies he left at the bottom of the stairs that led to his small upstairs quarters.

Why don’t our political leaders put the kettle on?

When there’s a tough task at hand, putting the kettle on goes a long way in helping to solve the issue. Which makes me wonder why the powers that be don’t clink tea cups and sort out, for instance, real alternatives to nuclear weapons and age-old motives for fighting wars.

I’m not about to brew up an industrial-sized pot of tea in this blog, just vent a bit as I brew my own cup.

We’re in the global boat together. British politician Winston Churchill (1874-1965) long ago said, “If you go on with this nuclear arms race, all you are going to do is make the rubble bounce.”

Today’s leaders rightly talk about the spending power shown by the Gross Domestic Product. There’s much less talk about the risks of excessive military spending. Spend too high a percentage of your country’s GDP on arms for too long and the game’s up–your power will decay. That’s what happened to the former Soviet Union.

To spend overmuch money on “guns” (defense/military) takes away needed resources to spend on “butter” (production of goods), my economic professor explained again and again. “The ‘guns or butter’ model is used generally as a simplification of national spending as part of GDP,” Wikipedia tells us.

Putting money to productive use and putting a throttle on the use of power swirled around in Churchill’s cup–as frequently did stronger drink. I like what he said: “Money is like manure; it’s only good if you spread it around.” And, “The finest combination in the world is power and mercy. The worst combination in the world is weakness and strife.”

By weakening and abandoning many of the constraints that have guided and built us as a nation, our current federal government administration has been riding roughshod over our better instincts and prospects for the future. Lord have mercy.

Darkest Hour, a movie about Winston Churchill, received two Golden Globe awards, one for Best Actor, Gary Oldman. I have yet to see the movie, though this week I paged through a book of Churchill quotes.

The quotes make one pause, think, smile, cheer, ponder, agree, disagree, shake your head, take a deep breath, laugh. The section on Struggles and Strife includes this sharp squib: “Nothing in life is so exhilarating as to be shot at without result.”

Other selections that applied to Churchill’s time, to all of history, to today:

“If this is a blessing, it is certainly very well disguised.” After his election defeat, 1945.

“Every man should ask himself each day whether he is not too readily accepting negative solutions.”

“We are masters of the unsaid words, but slaves of those we let slip out.”

“A fanatic is one who can’t change his mind and won’t change the subject.”

“Healthy citizens are the greatest asset any country can have.”

“For myself I am an optimist–it does not seem to be much use being anything else.”

Another book to check out

June Sawyers in The Chicago Tribune on the book’s debut wrote that it “suggests places to eat, stay and ‘savor’ in England from Cornwall to Northumberland, that follow the ‘go slow’ movement, a philosophy that resists the homogenization of contemporary culture, instead promoting local food and customs, Thus, meals are eaten at a leisurely pace and the atmosphere is always restful.”

The New York Times reviewer of Go Slow England said “the author never met a chicken coop he didn’t like.”

A part of England we’ve come to enjoy

The Duchy of Cornwall has been a winter/spring destination for a good part of our retirement to date. Footpaths, sea, cliffs, moors, history, prehistory, galleries, flowers, food, friends at church and in a weekly walking group, and Evensong at Truro Cathedral have kept us returning. That’s where Cogitation had its start.

Cornwall is one of the six Celtic peoples, along with the Welsh, Bretons, Irish, Scots, and the Manx (inhabitants of the Isle of Man). Celtic identity is distinguished by language and cultural traits.

Something that is often missed in the modern story of Celtic identity is its spiritual character brought about by monks of the seventh century. Those monks adapted the earlier Celtic art form to Christianity, such as the Celtic cross and tree-of-life designs. Cornwall is working on restoring the Cornish language in music, poetry, and alongside English in place names. 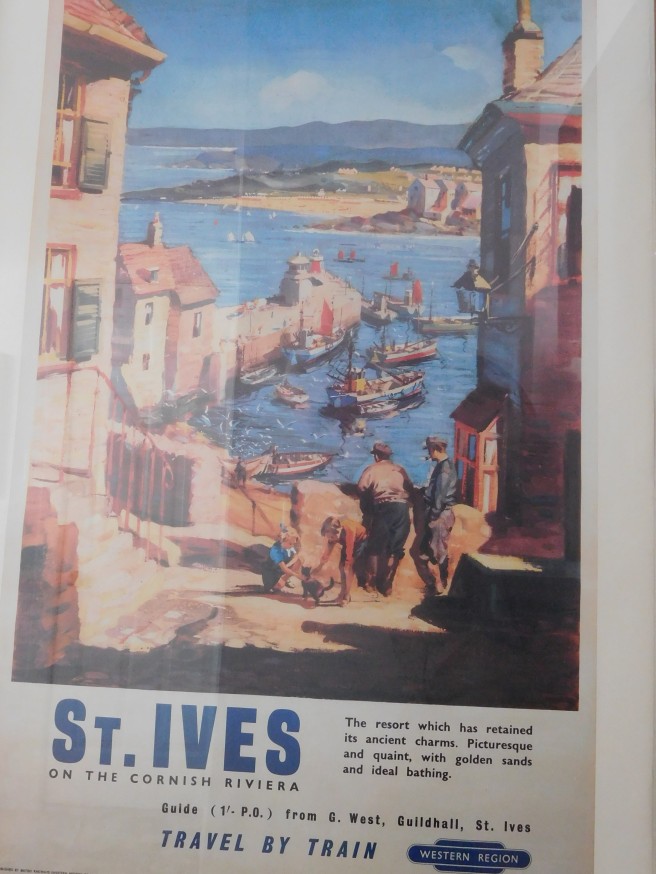 I’m looking forward to getting back to reading the print copy of The Guardian. On 15 January it came out with a tabloid size format, aiming in the smaller size to save millions of pounds sterling in its three year plan to become profitable.

One of the members of our weekly walking group, Derek, retired from The Guardian, having risen through the ranks. He’s a Jazz fan who is justifiably proud of his Conn trumpet build in Elkhart, Indiana. He has made numerous trips to New Orleans and plays with a group in the St Ives area.

Still cold outside. Grateful for sun

Put the kettle on. Be well.