MEANDER #1 Saturday 13 May 2017 CORNWALL COGITATION wraps up for the present, replaced by MEANDER. Wrapping up even a brief chunk of time in Carbis Bay/St Ives, Cornwall, UK, as you might guess, is bittersweet. But it’s onward. Outward. Upward. Forward. Meander-ward.

I use meander as a metaphor in the sense of a turn or winding of a stream, a winding path or course. I’m there winding along on foot, observing, thoughts engaged or idle, conversing, listening to the varied sounds, alert to impediments; I’m rambling about in God’s creation, reading, interacting with people and community and the wider world, past, future, present, some of which will spill over in this journal (I still cringe at the word blog, even weblog).

So be it, my first meander covers the now of the last three months spent in Cornwall. We arrived home 11 May.

In an attempt to focus this  brief retrospective I’ll limit my recall to words starting with the letter “w.” Photos pop up willy-nilly.

Winter. Off season, ideal for walks, daffodils profuse in February and March. We helped pick daffodils for Mothering Sunday at St Anta & All Saints Church, 26 March.

Walks. Ideal temperatures, though some days were cold and rainy. In the 132 days from January 1 to May 12 we covered 650 miles on foot, helped by not having much snow or ice before we left home.

Worship. Provided good food for spirit and heart. Regular services at St Anta & All Saints and occasional Evensongs at Truro Cathedral. We offer prayers of gratitude for the lives of the dearly departed at St Anta and those at Prairie Street Mennonite Church: Jean Bender (almost a year ago), LaMar Fletcher, Ross Ringenberg, Margaret Lehman, and 8 May, Alan Kreider.

Weather. British weather is as much an attitude as a meteorological phenomenon. No snow or ice in our area; current concern across the country is lack of rain.

Water. Cornwall is 80 percent surrounded by the sea, from the Atlantic to the English Channel. We had fine walks with vistas from granite moors, green fields, wooded valleys, gurgling streams, to calm and surging  sea.

World. The world stage in the United Kingdom is focused on the country’s move to leave its membership in the European Union occasioned by a referendum a year ago that majored on a slim majority wanting greater sovereignty from the EU and a curb on immigration.  Other compelling internal issues include financial pressures on the National Health Service, wages, young families finding it hard to get on the housing ladder, jobs. Put that alongside a snap election called for June 6 and politics and polling burrow themselves into every corner of the country.

War. Older people here have vivid recollections of how WW 2 affected them and their families. Moving stories.

Writing. My writing concentrated on my weekly journal and some thought on a larger history project at home. Monica from church laughingly said we should write Marty and John’s Guide to Cornwall.

Waterstones. The bookshop in Truro. Yes, some books beg to be purchased and read. We regularly used the St Ives Library, too.

Weetabix. This was one of my go-to breakfast staples, not everybody’s cup of tea, to mix a metaphor. We ate a lot of meals in and enjoyed a variety of meals at restaurants, pubs, homes and a Maundy Thursday Passover Meal and Service at St Anta.

Wisteria. “any of a genus (Wisteria) of chiefly Asiatic mostly woody leguminous vines having pinnately-compounded leaves and showy blue, white, purple, or rose pealike flowers in long racemes. . . .” That’s what we saw blooming earlier than any previous years there.

Wie geht’s? I had to sneak in a German phrase, “how goes it? which In Cornish usage is said, “Are you alright?” And in North America, “How are you?” Response: “Fine, thank you.”

Wows. Plenty. Plenty to help us keep waxing strong in the Lord. 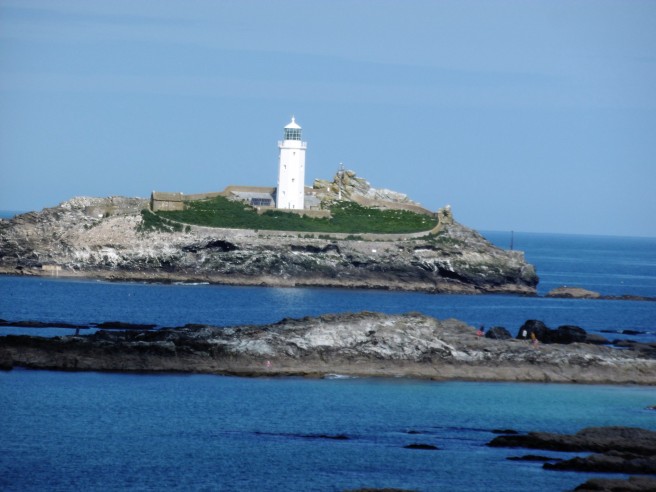 Glimpses from the past week

Wonderful! A tip of my mug of Cornish Colombian Smooth Coffee to you. Meander on.

One thought on “Wrapping up, changing course”